Summary: In SIOUX CODE TALKERS OF WORLD WAR II, the author explores an important time in United States history. Pearl Harbor was bombed in 1941 by the Japanese, and shortly after, the United States entered World War II. This was the first time America was attacked on her own soil. Native Americans responded to the call to protect their homeland and enlisted in great numbers to fight against the enemy. At the young age of 18, men enlisted to serve in United States Army during World War II. Under the command of General MacArthur, seven Sioux Indian men formed a small unit and were allowed to speak their Native language to send coded messages back and forth. The Sioux Code Talkers risked their lives sneaking behind enemy lines to gather information and relay the top-secret messages from field to headquarters. Authentic photos sprinkled throughout the text bring this intriguing piece of history to life.

Watch a Video Interview about the Sioux Code Talkers

Learn how seven Native American men joined sides with the First Cavalry, a former enemy, to fight against a new enemy on the front lines and beyond. The Sioux were one of more than 30 tribes who had young men serve as code talkers in World War I and World War II. Even if you are not a history buff, you will be in awe of these men and their specialized service in United States military. 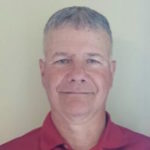 “I just finished your book. I’ve never read a book that grabbed me the way yours did – I can’t wait to share it with family, friends and teams I coach.” 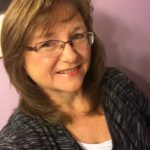 “I’m so glad you wrote this book! This story had to be told so proper recognition is given to all code talking groups. Very few people know this story and your book will shed light on the code talkers’ important contributions to the war effort.” 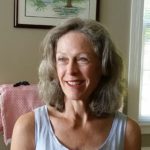 “This book is a beautiful tribute to your uncle and all of the code talkers in WWI and WWII. I found the book to be moving. I was in tears at the end where you describe the silence in the room as code talkers and/or their family members accepted the gold medals. One reason that it is evocative is because your passion is felt throughout.” 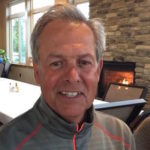 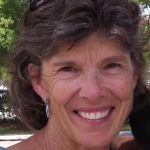 “This book has so much depth, so many levels- it’s the kind of book people will read multiple times and learn something new every time.” 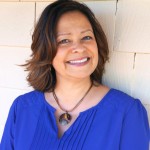 Andrea M. Page has been an elementary teacher (science, math and/or ELA) for over 30 years in a public school in upstate New York. She reads books that inspire the important values of bravery, fortitude, generosity and shares stories with her students, inspiring curiosity and wisdom. Researching and writing her first book, and then achieving publication was a dream come true. Being an author helps her to motivate her students, to push them out of their comfort zone and reach for their own dreams.

Last night, we went to hear the Python Huntress ta